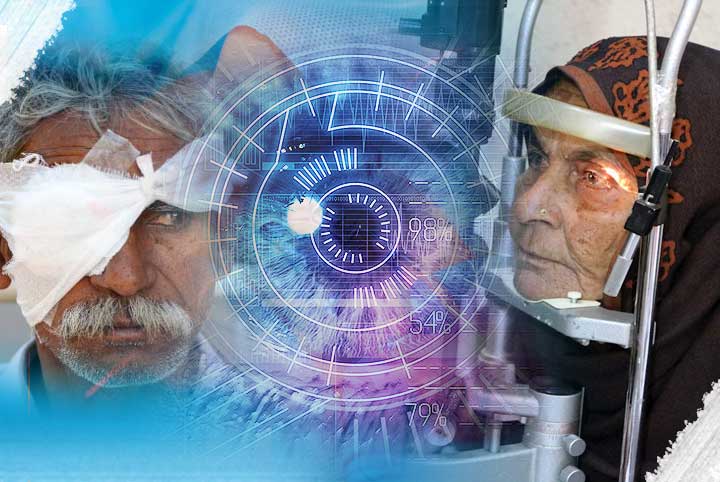 S_PPORT IS INCOMPLETE WITHOUT U

Cataract remains the leading cause of blindness worldwide, accounting for nearly half (47.8 per cent or 17.7 million) of the cases. The treatment is surgical, a highly cost-effective intervention. Almost one in five people between the ages of 65 and 74 develop cataracts severe enough to reduce vision, and almost one in two people older than 75 years have this disease. A Global Action Plan 2014-2019 had been launched by the WHO following a resolution passed by the World Health Assembly in 2013. This global action plan identified cataract surgical rate as one of the three global monitoring indicators.

Pakistan is the sixth most populous country in the world with a population exceeding 207 million. Still a developing country, Pakistan is listed in the category of “low-middle” income country according to World Bank income classification 2018. In Pakistan 80% of reversible blindness is caused by cataract and there are estimated to be 570,000 adults (225,000 men, 345,000 women) who are blind due to cataract, which is the most common cause (51.5%) of avoidable blindness in the country. The only treatment that provides a cure for cataracts is surgery.

Scope of the Project:

Keeping the above-mentioned challenges in consideration for vulnerable population of Pakistan, HIWT intends to launch free of cost Cataract surgeries initiative to people who cannot afford the expenses of Cataract surgeries. As a guiding principle of HIWT, it will also be non-discriminative initiative aimed at serving humanities with care and respect for all.

It is planned that 1000 numbers of Free Cataract surgeries will be conducted for underserved population.

The Gift of Sight

Help International Welfare Trust (HIWT), established in 1994, is a non-governmental, non-profit organization working to provide modern and comprehensive medical facilities to the underserved populations of Pakistan.

Other ways to donate

If couldn’t get hold of what you were looking for, you can get in touch with us by writing to us at info@hiwt.org for general queries or at donate@hiwt.org for donation-related questions.

How secure is the payment process? https

Payments are made in a highly-secure environment. We use industry leading technology (such as SSL) to keep your information safe and encrypted